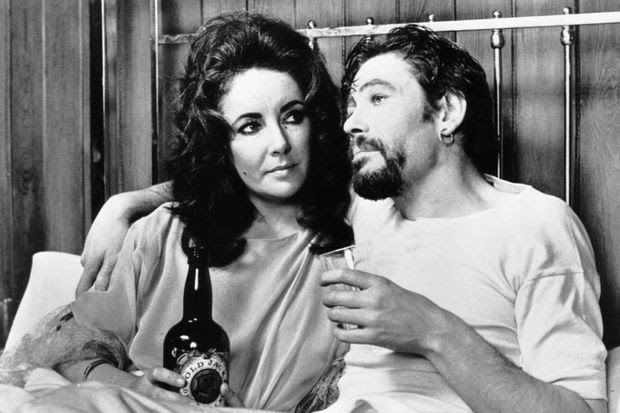 For Whiskey Drinkers in Lockdown, the Mad Scientist Emerges To a specific segment of drinkers—you might know them as whiskey geeks—customizing flavors is already old news. In 2013, blogger Blake Riber went viral for a post instructing readers how to replicate Pappy Van Winkle using readily available alternatives with similar profiles. Dubbed “Poor Man’s Pappy,” the blend became so pervasive that the replacement whiskies soon became nearly as scarce as the cultish bourbon they were intended to supplant.

Five years later, author Aaron Goldfarb published Hacking Whiskey, a book dedicated to ways in which enthusiasts could personalize their beloved liquid. Tricks include adulterating the spirit with everything from peanut butter to cannabis smoke. There’s even a chapter devoted to well-established DIY blends. “It’s the only way for an average American to craft a whiskey that’s truly theirs,” he says of the hobby. “Plenty of people home brew, but it’s illegal to home distill. Even if it wasn’t, when you’re trapped in a Brooklyn apartment, hacking remains a lot safer.”

With so many folks now sheltered in place across the country, the activity’s appeal suddenly extends well beyond hipster enclaves. And for the first time, brands are sniffing commercial opportunity. In April WhistlePig Rye Whiskey in Vermont partnered with Flaviar, an online club for craft-spirit connoisseurs, to host a virtual crowd-blending event. A thousand free kits were mailed out to members. Each contained three streams of liquid—rye, wheat and barley whiskies—along with the necessary equipment to combine them.

Recipients were encouraged to submit their preferred recipes, which WhistlePig master blender Pete Lynch winnowed down to three potential candidates. The finalists were announced on a live YouTube webcast, during which viewers were given the proportions to mix each contender for themselves and vote for a winner.

“This is the first time we’ve done something like this live, and it was nerve-racking,” Lynch recalls. “I was concerned that the blend quality might suffer, but you realize that if you start off with a large enough number of submissions you eliminate the outliers.”

The resulting crowdsourced release, HomeStock, hits shelves later this month, with 20 percent of online sales from Flaviar and Caskers benefiting the United States Bartenders’ Guild’s Bartender Emergency Assistance Program. “It was definitely a win- win,” adds Lynch. “Not only did we end up with a solid blend, but we also won over a large number of people by making them part of the journey.”

Camden Ford, the co-owner of the six-year-old Timber Creek Distillery in Crestview, Florida, oversees a unique whiskey-making venture. Bourbon, by law, is made by combining grains prior to production. The so-called mashbill is an ingredient list composed predominantly of corn, usually mixed with a proprietary combination of grains like rye, wheat or barley. Timber Creek claims to be the only U.S. operation distilling and then aging each grain individually. Since the separate liquids converge only after maturation, they can be blended to bespoke specifications.

“Folks would come out to do a tour of the blending lab, and they loved it,” Ford remembers. “So eventually we’d ask them if they wanted to come and help us blend, and we’d walk them through the entire exercise.” Although custom blending was not part of Timber Creek’s original business model, it became apparent that Ford had tapped into something. That something took shape in 2016, with the introduction of Timber Creek’s bourbon-blending kit, which the company believes is the industry’s first.

For $150, at-home blenders are shipped a full-size bottle of 100 percent corn-based bourbon, along with half bottles of wheat, barley and rye whiskies. The set also includes a cylinder, a pipette and a blending guide. But creating your optimal Timber Creek mix is just the beginning.

“The whole process turns you into a more educated sipper,” adds Ford. “You can figure out [which components] you like more than others—and at what ratio. So you can add preferred flavors to bourbons that you already have on the shelf.” Despite a pivot to hand sanitizer production in early March, Ford has observed a sizable uptick in kit sales from his curbside point-of-sale. He sees plenty of potential for growth.

Some industry vets are more measured in their enthusiasm. “If it’s for your own enjoyment, that’s great,” says Paul Hletko, founder of FEW Spirits. “But I don’t know how well a ‘home blend’ model would succeed in the marketplace.”

Like many other whiskey makers these days, Hletko offers a custom blending program for select retailers, bars and restaurants. When considering the market release of such creations, however, he balks: “It’s a fantastic educational tool. It just probably isn’t for the general market.”

Nevertheless, a handful of websites have now introduced this format online. U.K.-based Master of Malt is a notable example for its “Blend Your Own Whisky” interface, which allows customers to slide percentages up and down for eight different streams of Scotch. After they’ve landed on the right formulation they can add a name to the label and have their personalized bottle shipped directly to them.

Award-winning independent bottler Barrell Craft Spirits is also creating a range of highly individualized products. Rather than choosing from blends, purchasers will be able to land on a specific finish for their whiskey: a secondary aging in barrels that formerly held just about any conceivable category of spirit, from Jamaican rum to Sicilian amaro. “We’re about to release 72 variations on an 18-year-old Kentucky whiskey,” says founder Joe Beatrice. “This will allow the consumer to pick the finishing cask—and flavors—that are most exciting to them.”

Since Barrell is a non-distilling producer, its “secret sauce” is entirely in the blend. Indeed, many of the most successful names in the business—including Michter’s, High West and Bulleit—built empires long before they had the actual hardware.

“All these people made money blending other people’s whiskies,” Ford says, “because that’s where you create the flavors.”